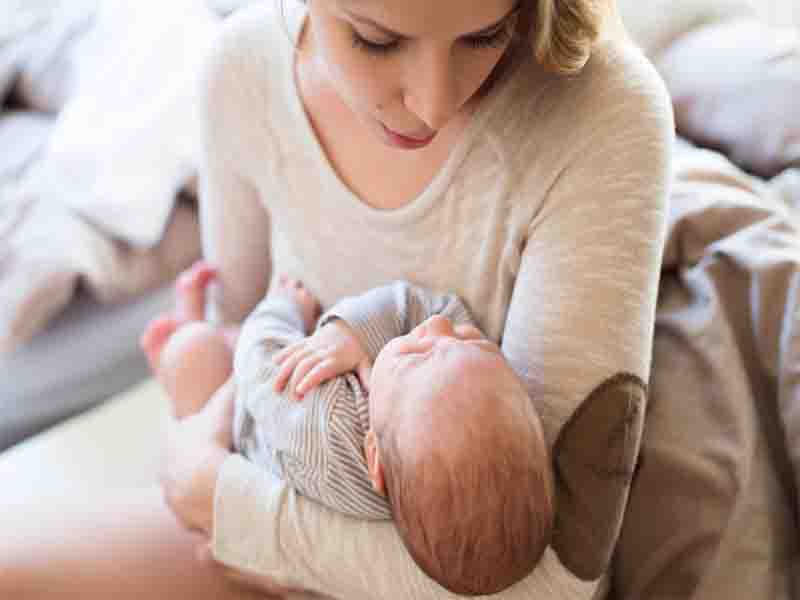 Throughout pregnancy, we carry our babies inside our wombs, protecting them as they continue to grow and develop each week, until the day they are born, when they are ready to go out into the world.

However, the fact that we no longer carry them inside does not mean that they already have the skills and abilities to survive on their own. In fact, the first three months after delivery are known as the “fourth trimester”, because even though the pregnancy has ended, the baby still needs us as if he were inside us .

A few years ago we shared the fourth trimester theory proposed by Dr. Harvey Karp, in which it is stated that human beings are born three months early , being mature enough to survive, yes, but not on their own.

According to this theory, the discomfort they feel when they are outside the uterus after nine months , would be the reason why during their first three months of life they have sleep problems, colic, and anxiety. And it makes a lot of sense!

Let’s put ourselves for a few seconds in the place of a newborn baby: after spending nine months in a safe, warm, welcoming and calm environment, suddenly a good day comes out of it, to meet the world and a million stimuli to her around .

Lights, sounds and new sensations totally different from his old home now come to him. In a matter of minutes, he experiences a very drastic change of environment. Doesn’t it sound easy or nice? Surely now we can better understand why babies continue to need us so much during their first few months .

Returning to the fourth trimester theory, it could be said that human beings are born “half cooked”, because unlike other mammals that are able to walk or run as soon as they are born, we are born with only the minimum basic skills to survive .

This is also something that is mentioned when we talk about exterogestation or external gestation, which refers to the first nine months of life after birth and in which the baby completes its minimum development to begin exploring the world beyond its parents. . But for now, we’ll focus specifically on the fourth quarter.

It’s not inside you anymore, but it still needs you

Knowing all this, it is easier to understand and understand why the first three months of our baby’s life are called the fourth trimester. And it is that during this stage, rather than presenting him to the world, we must continue to provide him with an environment as similar as possible to the one he had when he was inside the womb .

We must also take into account a fact that personally fascinates me about the development of the baby: its brain grows faster in the hours and days after delivery, until the third month of life, in which it reaches half of its size adult .

For this reason, in addition to taking care of his physical care during the fourth trimester, it is also important to take care of his emotional well-being, and we will achieve this by keeping him close , looking him in the eye and creating an emotional bond with him from the first day.

So turn a deaf ear to that famous belief that babies are “spoiled” and take him in your arms whenever you can, because now more than ever, he needs to feel your warmth and contact, which will provide him with the security he needs during that room . trimester, in which he is already out of your belly, but he still needs you .

The best cell phones for teenagers of 2021 Know more