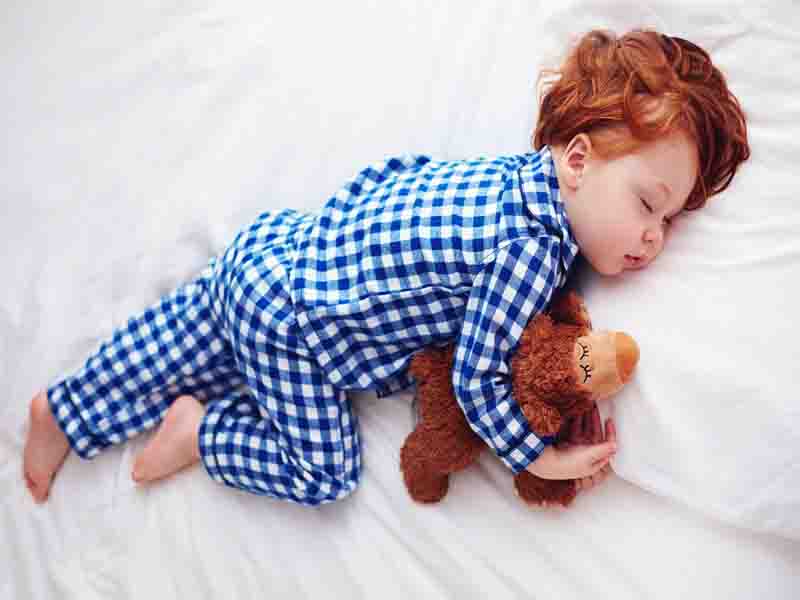 Sometimes you come to the consultation worried because your son or daughter has started to snore, when they did not do so before. Other times the topic comes up in well-child reviews, when we address sleep.

Although many think that snoring is something for adults, the truth is that many children snore at some point in their childhood. Next we are going to analyze why snoring occurs, when it can be normal and when it can be a problem.

Snoring is the hoarse noise that occurs while we sleep when air has difficulty passing through the upper respiratory tract. If the upper airway is narrow, the air vibrates as it passes and produces that sound.

Is it normal for children to snore?

Adenoids or vegetations are a mass of lymphoid tissue found between the nose and throat. Their function is defensive, they are a first barrier against infectious agents. To visualize them, the ENT doctor will introduce a small camera through the nose.

The tonsils are also made up of lymphoid tissue and are located at the back of the throat, one on each side. His role is also defensive. To visualize them, just open your mouth wide and say ” ahhh ” or help us with a depressor.

Tonsils and adenoids are larger in young children (up to 5-6 years old) and as they grow they tend to decrease in size, as the body develops other mechanisms to defend itself against infections. However, in some children the tonsils and/or adenoids may be even larger than usual; then we speak of hypertrophy. This can cause some problems for them.

Children with adenoid and tonsillar hypertrophy usually breathe through the mouth (oral breathing), have a high-arched palate (which can cause dental malclusion problems), almost constant mucus and nasal blockage, and may have repeated infections (otitis, tonsillitis, sinusitis). , as well as snoring and apnea pauses during sleep.

Can snoring be a problem?

Children who snore rest worse at night . It is possible that many sleep more hours but their sleep is not restful and sleep disorders such as nightmares, night terrors or sleepwalking appear more frequently in these children . In addition, up to 20% of children who snore will suffer from Sleep Apnea and Hypopnea Syndrome (SAHS) , which we will discuss later.

This less night rest can also be reflected during the day: drowsiness, need for a nap when due to age (4-5 years) they should no longer need it, restlessness, headache …. All this can affect their learning and their performance school . In fact, many of these children are misdiagnosed as having attention deficit and/or hyperactivity.

What is Sleep Apnea and Hypopnea Syndrome (SAHS)?

SAHS is the most serious sleep-disordered breathing . The child has episodes of shortness of breath during sleep that cause them to stop breathing (apneas) or breathe less (hypopneas) and this can cause the oxygen saturation in the blood to drop. The most common cause of SAHS in childhood is hypertrophy of the tonsils and adenoids.

What warning signs should I know if my child snores?

As we mentioned at the beginning of the post, a high percentage of children snore when they catch a cold. For this reason, it is essential that, if your child snores, you pay special attention to whether he does it coinciding with colds or always snores, regardless of them. In addition, it is convenient to observe the child while he/she sleeps and detect if he/ she stops breathing for a few seconds (apneas) , if it seems that he / she is struggling to breathe or if he/she adopts strange sleeping positions ; we could be facing an SAHS.

It is also important to assess your behavior during the day: Do you wake up tired ? Does he seem to need a nap? Are you very restless ? Do you have trouble concentrating ? If the answer to one or more of these questions is yes, it is recommended that you be evaluated by your pediatrician.

Is it necessary to perform any additional tests if my child snores?

In addition to taking a detailed medical history and certain questions, the pediatrician will examine your child, paying special attention to the mouth: tonsils, shape of the palate…

In the event of hypertrophy of the tonsils or the suspicion of adenoid hypertrophy (the adenoids cannot be seen with the naked eye), it is likely that you will be referred to the Otorhinolaryngologist for evaluation. If SAHS is suspected, a sleep study (polysomnography) can be performed at home or in the hospital (sleep laboratory) to analyze whether there are apneas and hypopneas. It is also possible that they will request a video of your child while he sleeps.

In which cases will you need surgical intervention?

Not all cases of adenoid and tonsillar hypertrophy require surgery, since, as we have seen, these tissues decrease in size with age and this hypertrophy is not a problem in all cases. Nor should all children who snore undergo surgery.

The need to operate must be assessed individually in each patient, but it is likely that your child will benefit if, due to hypertrophy of the adenoids and/or tonsils, they present: