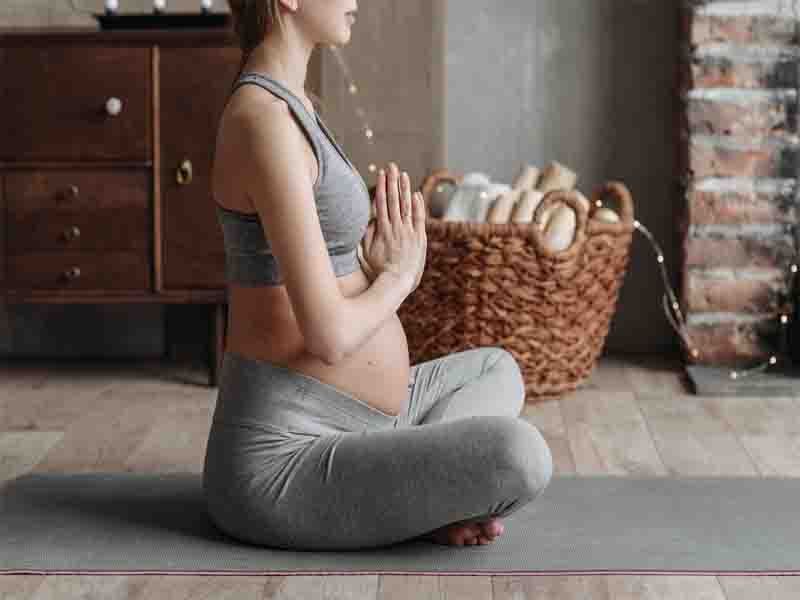 Pregnancy is a stage full of many changes and emotions, generally positive. However, sometimes the mother may be going through or experiencing difficult moments and situations, which causes her to suffer some stress during this stage.

As we have been able to discover through various studies, suffering from stress during pregnancy also affects the baby , so it is important that during this stage mothers take care of their mental health, trying to have a calm and positive pregnancy, something that is very beneficial for both of them.

Now, a new study has found that practicing mindfulness in pregnancy may help babies respond better to stress in the months after birth. We share their results with you.

Published in the scientific journal Psychosomatic Medicine, the study analyzed 135 pairs of mothers and babies who experienced high stress in their pregnancy. During pregnancy, a group of the participating mothers received a mindfulness program for eight weeks, while the rest received only routine care.

Studying the babies six months after birth, it was found that the babies of the mothers who participated in the mindfulness program had a better response to stress , being able to self-regulate and calm down sooner than those babies whose mothers had not received any technique of mindfulness. relaxation.

According to the researchers, the ability to bounce back from times of stress is linked to better long-term health, and these types of interventions are important because they benefit both mom and baby .

” There is little research about what we can do to have a positive result, since most studies show the negative effects of stress in pregnancy ,” explains Nicki Bush, one of the authors of the study.

This reminds us of the results of previous research on stress in pregnancy, which found that being stressed made babies less resilient . According to that research, it was found that the babies of mothers who had a greater number of stressful moments were more reactive and took longer to recover, showing that they had less resilience.

The results of this new study show that, fortunately, there are actions that can be taken to prevent the negative consequences of stress in pregnancy : ” This is the next frontier: interventions for mothers that have positive effects on both the mother and the baby ,” the author comments.